The Pros And Cons of Machine Translation Vs. Professional Translation 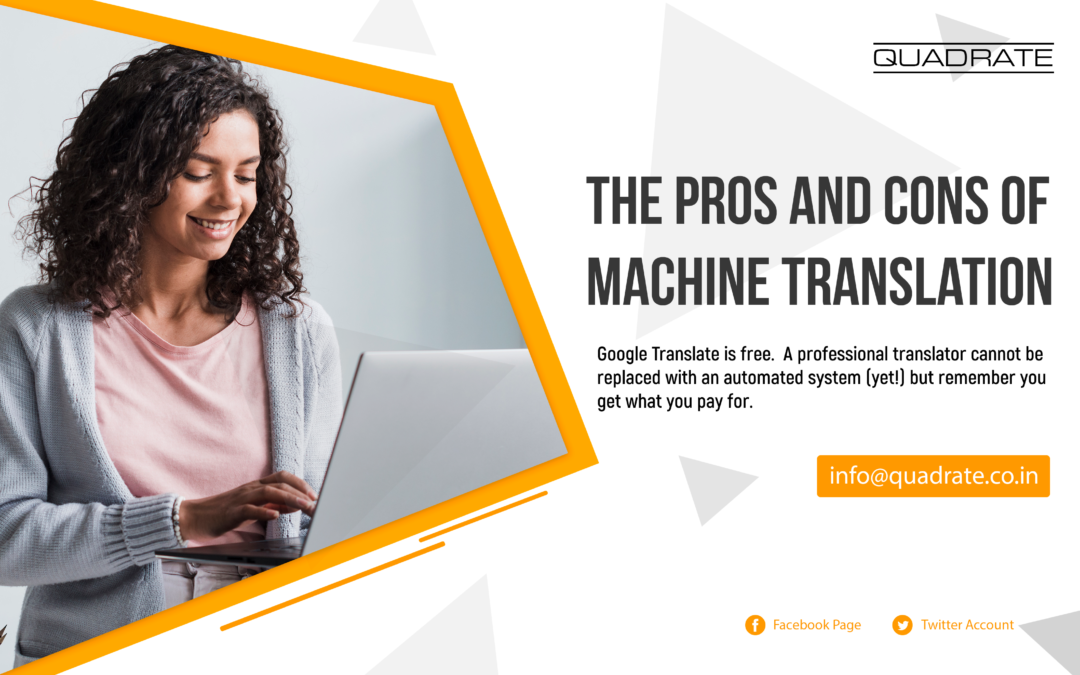 Google’s/Machine translation is great for reading passages of text in a different language, but many professionals caution against using it to communicate over email since they can mistakenly be interpreted as coming from an amateur translator. Users are unable to change the language into which they are translating and there has been concern that translations can contain words that don’t actually exist in the target language. Professionals who work across languages and cultures know the importance of communicating clearly. A professional translator is always best since they have proper training in linguistic ethics on top of understanding business communication, making them more adept at writing clear emails that help ensure your message isn’t misinterpreted by readers.

Google Translate is free.  A professional translator cannot be replaced with an automated system (yet!) but remember you get what you pay for.

It is well-known that translating a text accurately can be difficult. While it might seem like a great solution for long texts, translations using Google Translate often result in nonsensical literal translations and are therefore not always accurate or to be trusted. However, professional translators keep this in mind and make sure their translations are the best they can possibly be by putting mechanisms into place such as checking the text against online glossaries, back translation methods and by having people proofread their work before publishing it.

Most translations are affected by the language pair being translated. The languages involved also affect the accuracy of a translation. As Google’s database is primarily filled with existing online translations, common translations for languages such as Spanish or English tend to be more accurate when compared to other languages because they have more relevant examples in the database.

Google Translate often translates poorly. This is due to the fact that Google’s translation system uses a method based on language pair frequency that does not take grammatical rules into account.

Google Translate is not a good source to use when you need accurate translations. It’s difficult to report errors in order to correct problematic translations, nor is there an easy way to proofread what was translated in the first place as one would have to be fluent in both the source language and output language.